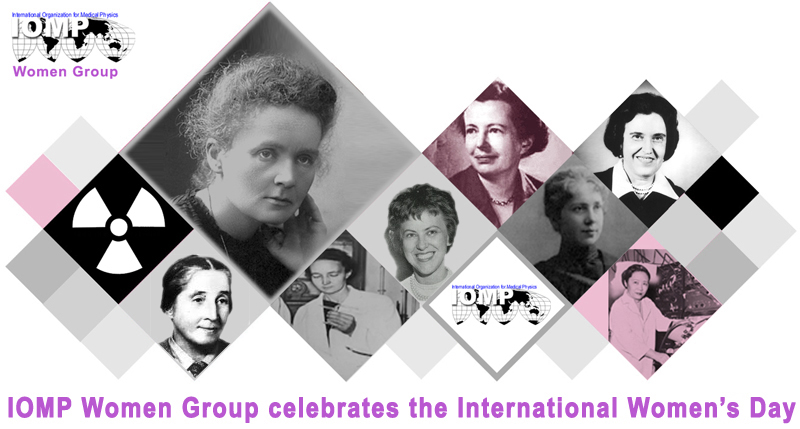 Over the years, women have faced and overcome many barriers to be part of the unique world of science. Although women's access to higher education has been severely restricted in the past, this was not enough to prevent the pioneer women to leave their legacy in history with revolutionary discoveries.
Despite the space won by women so far, there are still socio-economic factors that limit the effective participation of women in scientific research, especially in Physics field. Also medical physics, one of the forefronts of current physics research and application, still is a male-dominated occupation in many countries.
Aware of this situation, IOMP ExCom is collaborating effectively to increase female participation in Medical Physics. Recently, the "IOMP Women Subcommittee" (IOMP-W) was established in order to deal with all matters relating to the role of females in medical physics scientific, educational and practical aspects.
On the occasion of International Women's Day, IOMP wants to celebrate this day with all female medical physicists who despite multiple society's restrictions are contributing greatly to the advancement of medical physics by improving patient care, developing research and dedicating efforts to education and training of medical physicists.
In this same spirit of festivity, IOMP would like to share the initial plans for 2017, when all medical physicists will celebrate the 150th birthday of Marie Curie: the IDMP theme will be dedicated to women and a New Award will be introduced to recognize major contributions by female medical physicists.
Our sincere congratulations and thank you to all Women medical physicists in the world!!!